I I was born in Southwest Philadelphia Pa. a town just south of New York City in the United States of
America.  January 11th 1958 at 5:30pm, to my mother Jeanne Halstead. she was raised
in a convent in the northern part of Nottingham, England. During the 2nd World War, my Grandmother
had her hands full and had to place my mother into convent where she was raised by the nuns.
My father was Sidney Berman was a kind a gentle man
My father’s family, were Jews that immigrated from Russia.

Since both had experienced so much religious dogma growing up my parents decided not to give any
religious teachings to me or my brother as children; instead they allowed us to grow up and have the
experience of free will and to find out for ourselves. I can honestly say that I am very grateful to
both of them for this gift.

While growing up I did try to experiment with a few religions by joining my childhood friends in the
neighborhood. In my early teens, I heard that one could be saved and so I became a Born Again
Christian. I later studied Buddhism and went to visit many different groups, although none of them
ever felt right.

Back then in the heart of the city, many gang wars took place. Fear was all over the city. Anger and
hate was a normal way of life for most of the people where I lived and unfortunately as a child I
became exposed to it and then became part of it as well.

At the age of ten my parents took me out of the city, where we moved to the upper part of town. I
believe this very well saved the lives of my brother and I from all the racial tensions and the
shootings from the gangs and violence that surrounded us.

EDUCATION:
I received two years of education at the local community college.  along with a few classes at the West Chester State college
I studied both Music and Film.
Having to make a living I decided to leave school business and enter into the working world.
In the years that followed I worked many different kinds of jobs from painting walls, picking lettuce
in the fields with our immigrant workers to scrubbing toilets as a janitor. I once had a brief
experience of speaking on the radio in promotions. I created an import export business.  I had so
many jobs that I truly  had a difficult time fitting all of them in.

WORK:
At the age of thirty one, after becoming a graduate at the school of hard knocks, I founded an
International freight logistics business that serviced all 48 states that created shipping solutions for
internationally well known fortune 500 companies. The customers were MCI Telecommunications,
Motorola, Tyco, Amp Electronics, Telecom of Spain, and many others.  I held complete control of the
company for more then ten years. While traveling to many countries and learning much about the
world, I truly believe my success had much to do with how I treated the customers.

One day after coming home from work and feeling really stressed out, I prayed for what I believe was
the very first time in my life. The difference this time was that I prayed from my heart, I prayed for
days, trying to make sense of this reality that is called Earth. I was not depressed. I had everything
that one could possibly want except understanding of life.  I knew that there was something really
Big missing in the whole picture.

Several weeks later my prayer was answered. I was then made aware of a choice that I had to make.
The choice was shown to me from what I believe was an angel.  The two choices were “Did I want to
continue to live my life in an illusionary world, or did I want to live in a world with a much higher
consciousness, in a reality in knowing that I am a soul, having the experience of being a human.”

After having what I call my first spiritual awakening, I then made a choice. I left my company and
moved to Sedona Arizona. Where, I then began a spiritual path that I have been on ever since.
For the first two years I did nothing other then to go into the forest and connect with nature. I
traveled through the mountains and sat next to the water connecting with nature.

October 18th 2007 I had what many believe was a massive stroke that gave me a near death
experience. Since this time I have realized just how sacred Life truly is and have become very clear
with my intentions and purpose for this very sacred life that I am blessed to have. The gift from this
massive lesson was to know that we are never alone. We are embraced by the divine love.. Always. )

As an Intuitive Life Coach / I offer Workshop & Seminars ~ Retreats  ~ And I love to Sing! 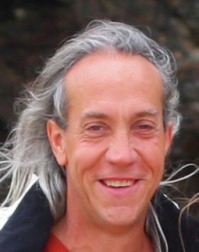